Win a chance to enjoy a Barcelona vacation and play poker against Neymar Jr. courtesy PokerStars

PokerStars offers its players the chance to win a trip to Barcelona to meet Brazilian pro footballer Neymar Jr. in person and the chance to play poker heads-up in the $100,000 Neymar Jr Finals.

Click here to visit PokerStars and claim the above promotion

PokerStars members have a great opportunity to head to Barcelona to enjoy a grand vacation and take part in the European Poker Tour Barcelona and catch up with the Brazilian football star. Not only does the winner get to play a heads-up poker game with Neymar but also bag entry worth up to €2,150 to a side event at the European Poker Tour Barcelona. And that’s not all. PokerStars is also offering lucky winners a 7 night vacation that includes accommodation for two at a four star hotel and a whole lot of other freebies including spending cash.

There are two ways to get the chance to meet up with the football champ. From June 10 to July 29 at 14:00 ET, PokerStars will host a series of $1,000 Neymar Jr. Freeroll tournaments every Wednesday. In addition to cash prizes, two tables chosen at random and 18 players will get tickets to the next Neymar Jr. Final. The good thing is there is no need to make a deposit. Members with an active PokerStars account can enter these tournaments with the Freeroll password, which can be obtained from Neymar Jr’s social media feeds, namely Facebook and Twitter.

Another way to grab a seat is to compete in 11 Neymar-themed missions with real money deposits. PokerStars has designed four missions where players can earn a free ticket to the $100,000 Neymar Jr Finals by completing 11 simple tasks in consecutive order. Those who earn a ticket to one of the $100,000 Neymar Jr Finals will need to face off with other poker players on June 18, July 2, July 16, and July 30. Each of the finals features exclusive prizes with the top three players in each tournament winning a Neymar Jr Barcelona Package and the chance to play at the European Poker Tour in Barcelona.

Apart from accommodation, each Neymar Jr Barcelona Package includes $800 spending money, two tickets to a football match, an invitation to meet the Brazilian star at celebrity poker duels, and of course, a photo op. This is apart from the €2,150 EPT Barcelona Festival side event prize. At the event, a person will be randomly selected to play against Neymar Jr. and walk away with a $15,000 PokerStars Caribbean Adventure (PCA) package. There are 12 packages to be won so get connected with PokerStars right away if you fancy the chance to fly off to Barcelona. Details are available in the Challenges Window of the desktop client or mobile app.

Click here to visit PokerStars and claim the above promotion Play 'Sisters Of Oz Jackpots' for Free and Practice Your Skills! 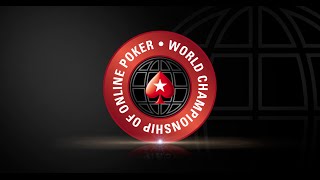 There are gambling games, and then there is poker. This is a game that has...