Greek mythology is the theme of Quest for the Minotaur, a brand new 5 reel video slot from Topgame. The game is all set for launch at Topgame powered casinos and promises to be a great entertainer.

Topgame Technology recently announced the launch of a mythical and mystery themed 5 reel, 20 pay line slot, Quest for the Minotaur. While Greek mythology may be a common theme among slots, this one promises to be different. Apart from its compelling design the slot depicts the great mythological story that unfolds as the reels keep spinning and players wind their way through the labyrinth. They symbols set the tone for the theme with characters and Greek mythological beasts frequently making an appearance.

The Minotaur, a creature with a bull’s head and body of a man is the focus of the slot. The creature that dwelled at the center of the labyrinth, an elaborate maze-like construction, is the Wild symbol in this game that substitutes for other symbols and produces some decent payouts. In addition to a flying horse, the other powerful symbol is the Ball of Thread or Clew, which acts as the Scatter. The slot also features a multiplier and free spins up for grabs as well.

Coins range from as little as 0.01 right up to $5 to suit every players’ pocket. With 20 pay lines you can bet all the way up to $100 to find a winning combination. The slot comes with a 10x multiplier while you can win up to a dozen free spins. The highest paying symbol is the Chest that triggers the bonus round when 3 or more of the symbols land anywhere on the reels. The bonus round is one of the most lucrative and interesting features where you can conquer the Minotaur and fetch a cool 2,300 in bonus points when you enter the Minotaur’s layer.

For the most part, Topgame has lived up to its reputation of producing simple, easy to play slots with a unique theme. Top notch graphics and smooth and easy game play makes Quest for the Minotaur a slot worth a try. If you have a passion for all things Greek then this slot could be right up your alley. One of the good things is there are multiple ways to hit upon bonuses and free spins, which in turn leads to a sizeable bounty. You could start spinning the reels in Quest of the Minotaur at a Topgame casino right away. Play 'Western Gold Megaways' for Free and Practice Your Skills! 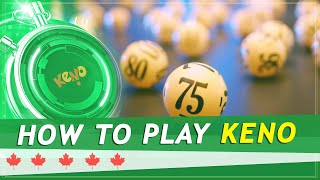 One of the better-known specialty options is Keno – a Chinese lottery style game where...