It all started at the beginning of 2016 when the NetEnt Rock series was announced, and fans started off the year with great anticipation.

Click here to visit Mr.Green Casino and claim the above promotion

The series soon rocked the fans when it started off with the biggest video slot launch in the online history with Guns N Roses, followed by an equally well received Jimi Hendrix and the final addition to the Rock trio is Motorhead video slots, for which fans had to wait until the 22nd of September. The wait was worth it according to players who now take advantage of Motorhead madness with all online casinos competing to offer the best promotions, bonuses and lots of free spins.

Motorhead video slot starts off with a warning that the game is not suited for anyone who suffers from photosensitive epilepsy and then the band gives a perfect intro to incredible play on 20 paylines featured across 5 reels. Created by the master of lucrative bonus features several hit wins can be expected from a rocking line-up of an ace of spade wilds, skeleton scatters, mystery reel feature, bomber feature, and a free spins bonus round.

The ace of spades wild ignores the scatter and substitutes for all the other symbols. The gold skull scatter activates the free spins bonus round when three lines up at the same time on the third, fourth and fifth reels. Once activated 10 free spins are awarded, and both the mystery reel and bomber features can be triggered during the bonus round.

Before any spin in the main game, the bomber feature could randomly activate and each bomb holds a cluster of mystery symbols, the bombs explode onto the reels in the form of an overlay consisting of at least 10 overlay mystery symbols.

Celebrating the incredibly successful rock band, NetEnt dedicated two additional screens to Motorhead, sharing that no other band exemplifies rock and roll more than the extraordinary Motorhead band. The band leader Ian Fraser saw it enjoy stardom via the release of live albums, studio recorded albums, EPs, and a dozen compilation albums. The band sold over 30 million albums over a career span of 40 years.

Click here to visit Mr.Green Casino and claim the above promotion 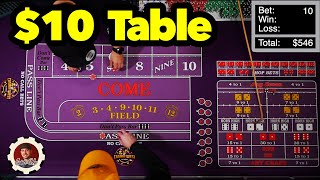